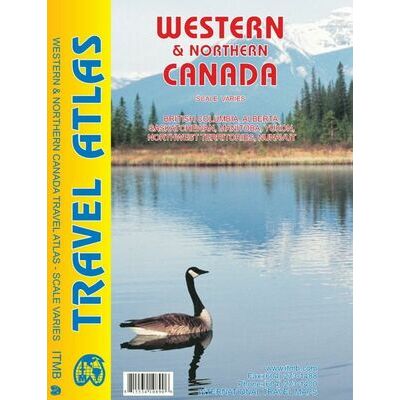 
This project has taken a lot of time and effort to complete. We published the Eastern Canada Atlas two years ago to replace the licensed artwork that was no longer available. Then Western Canada sold out more quickly than we expected and it has taken Lan and her team more time than expected to prepare this artwork. In part, this is because the new atlas also includes all of Arctic Canada (Yukon, NWT, and Nunavut) as well as BC, Alberta, Saskatchewan, and Manitoba. This is the thickest atlas we've ever produced, at 160 pages. Each province (of which there are 4) and Territory (of which there are 3) has been shown to best advantage; for example, Saskatchewan fills 22 pages at 1:125,000 scale, plus four additional pages for urban insets. BC takes 19 pages, plus five more for insets. The artwork covers a vast expanse of land, showing roads, rail lines, camping spots, rivers, lakes, towns, and touristic attractions. This book encompasses seven ITMB maps, which would cost the buyer $80 to duplicate. It is also our first bound book, as opposed to a stapled book. As such, it can be displayed spine outwards, which appeals to bookstores. Combined with its sister volume, the second largest country on earth is now comprehensively portrayed 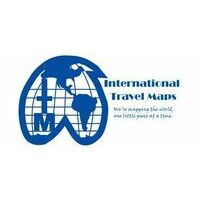